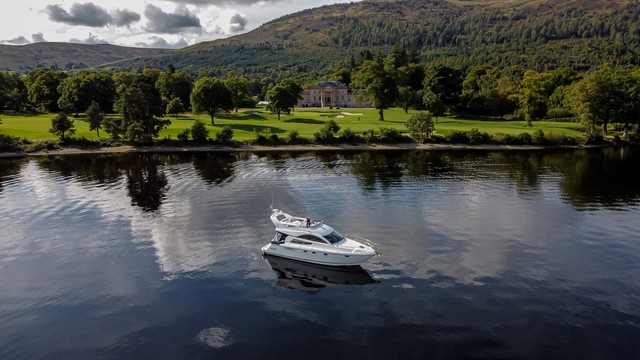 Richard our primary captain has been around boats since the age of 4, a career in the merchant navy and private yachts around the world led him to the Loch in 2012 where he has been working ever since.

Loch Lomond is a freshwater loch which crosses the Highland Boundary Fault. It is the largest inland stretch of water in Great Britain by surface area. The loch contains many islands, including Inchmurrin, the largest fresh-water island in the British Isles.

It is 24 miles long and between 3⁄4 and 5 miles wide. It has an average depth of about 121 feet and a maximum depth of about 620 feet with a surface area of 27sq m there are plenty of places to explore on board Beau Jangles.